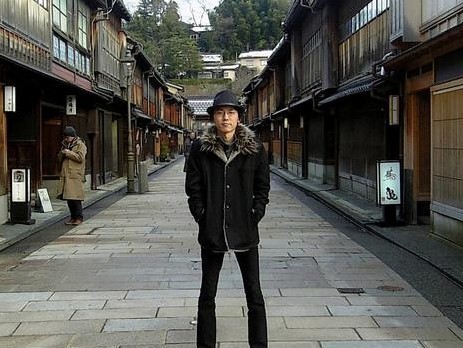 This has been on my playlist for almost a month now, such a good track.

Japanese jazz pianist Kan Sano released this track on Berlin based Project Mooncircle‘s sampler The Moon Comes Closer. While this album features a broad spectrum of futuresque beats and electronics from names as Daisuke Tanabe or Flakơ, this one track stuck out especially to me.

With a ever rattling open hihat, mellow trumpet and exciting drums this makes you forget there’s actually Kan Sano on the piano/rhodes most of the time. Very diverse, very cool.

You should probably also give his interpretation of Marvin Gaye’s What’s Going On a spin. And if you don’t like music, you should stop reading now.

Cosmic Apple somehow gives me a MASSIVE flashback to one of my all time favorites, Toshinori Kondo ft. DJ Krush’s Sun is Shining. Beats and trumpets played by jazz legends, good innit? Kind of makes me want to smoke a sushi.

I have to go even furth back, sorry, associativity is evolution’s greatest sideproduct: the vibe on Sano’s track also give’s me a reminder of how awesome United Future Organization was. Their track The Sixth Sense is exemplary – also from Japan, also trumpets. 1993, eh? Man I feel old.

Misantrop – Be a real G