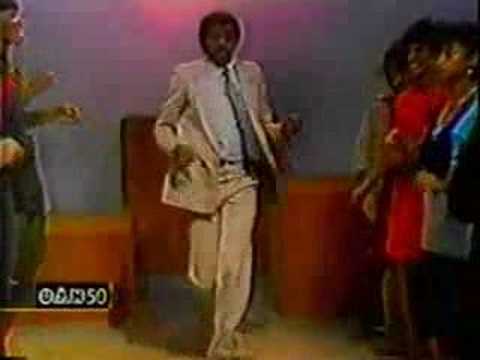 A number of names – Sharevari

The song was released in 1981 on Capriccio, and is considered amongst the roots of Detroit techno. That being said, the song still is THE absolute SHIT. And this video almost has me dancing in my chair.

It’s footage of all kinds of Hip dancing to Sharevari from the Detroit version of Soul Train (please tell me you know Jackson 5 appearing on Soul Train), called the Scene. Wait for the signature white dude at 2:56.

There is a quite o.k. remix by Vitalic & the Hacker, the Dirtbombs released a slightly more modern remake, which has a DFA feel to it, but some things are just better left alone, so here is the song in all it’s original glory.