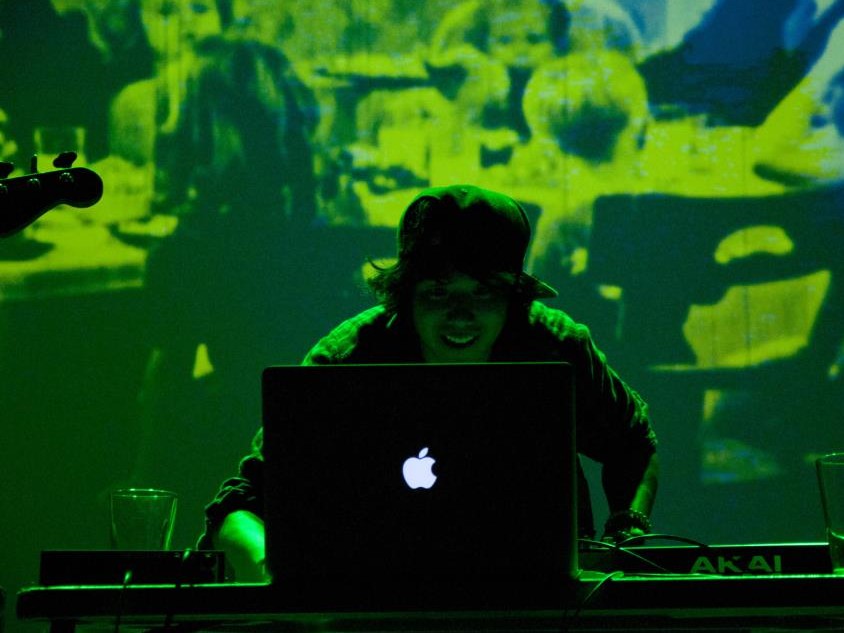 It’s weird that as big a fanboy of Flying Lotus I was, his last album didn’t really strike the right chords with me. Might be all that DMT I am not taking.

Today I stumbled over Go Yama‘s excellent take on Putty Boy Strut (the animated video is pretty well made, go watch!), one of the single releases from that album. If you don’t know him, Go Yama is a jazz guitarist and beat producer, who has some quite convincing stuff out on his soundcloud page. In his remix he manages to outsource most of the melody to guitars and bass, while keeping the basic stuttering flow of the beat. Then at half of the song, the whole thing opens up to strings and light and a well executed guitar and.. ah, pretty good for sunsets.

Still here? Then you might want to listen to Go Yama’s amazing track Doom’s Awakening that he released on his album Select Screens. Guess who’s rapping?

The whole album is worth a listen, since it’s video game inspired beats and we all love beats and video games. Hai? Hai!